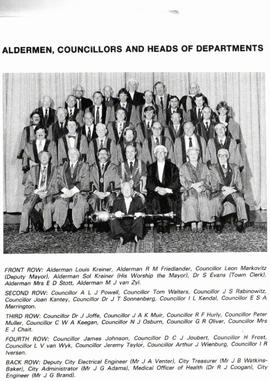 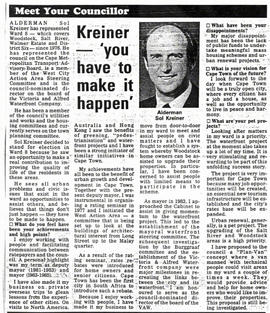 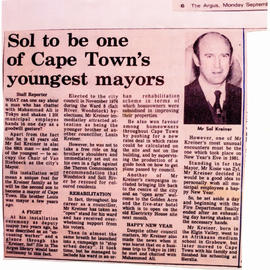 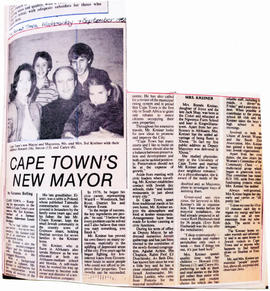 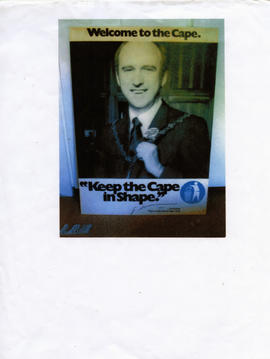 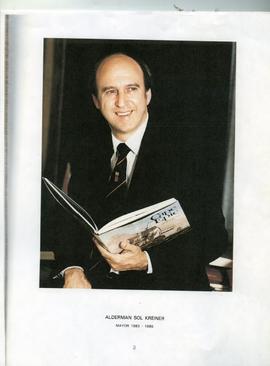 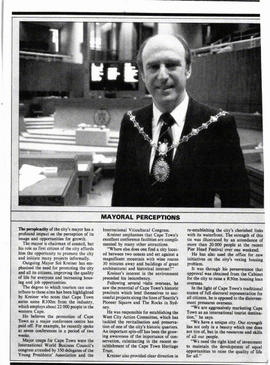 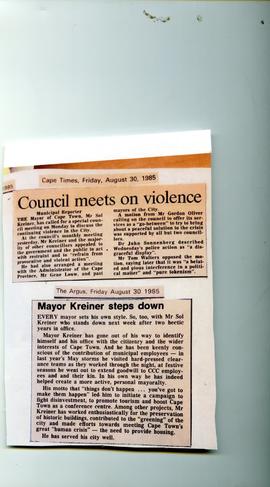 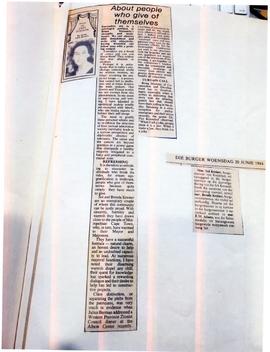 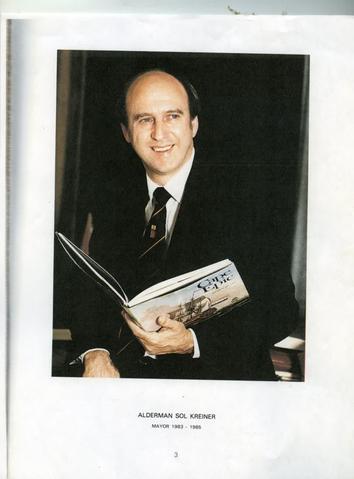 The Alderman Sol Kreiner Collection Collection includes a number of materials donated by Sol Kreiner, Cape Town’ Mayor (1983 – 1985) Mr Kreiner was loved and appreciated by the people of Cape Town during his term in office. This collection contains images and newspaper articles from Mr Kreiner’s influential time as Mayor, as well as several letters addressed to him which express admiration for the work he did for the City.

Alderman Sol Kreiner represented Ward 8 – Woodstock, Salt River, Walmer Estate and District Six in Cape Town for 20 years from 1976, where he was responsible for launching a campaign to “stop urban decay”. Before going into politics, he was the sole owner and director of a textile company. He was a self-made man.

Sol Kreiner followed in his brother Louis Kreiner’s footsteps when he became Deputy Mayor and subsequently Mayor of Cape Town. Sol Kreiner’s Mayoralty has been commended for the energetic and unceasing work put in by Sol, who directed the refurbishment of the Victoria & Alfred Waterfront in order to market Cape Town as a tourist destination.

An avid sports fanatic, Sol Kreiner continued to make big contributions to Cape Town after his Mayoralty, when he brought the IAAF Cross Country Championships to Stellenbosch. He also participated in the campaign to bring the Olympics to Cape Town.
Alderman Sol Kreiner has described Cape Town as a city of compassion. “In the recipe of success, the key ingredients are people,” he has said. “I believe that every problem can be solved and I also believe that once you start something, you finish it.”

Alderman Sol Kreiner has met with dozens of high profile people, and shaken hundreds of municipal workers’ hands. South African Jewish Museum is grateful to the donors of this beautiful collection, Mr Sol Kreiner and Mrs Brenda Kreiner. The material is historically insightful for Capetonians and truly inspiring for the Jewish community.