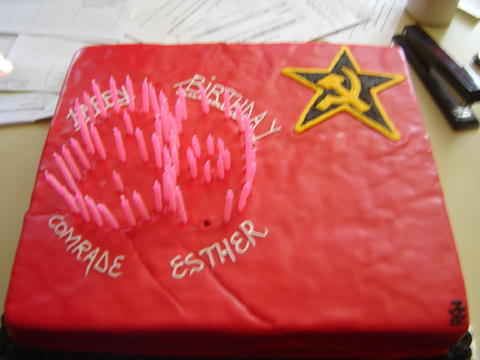 Photograph of the 80th birthday cake for Comrade Esther (Esther Barsel) who was a member of the Communist Party. A party in her honour was thrown by the South African Communist Party, in Johannesburg in 2004. The cake has the emblem of the party on the right hand corner and the icing is coloured red.