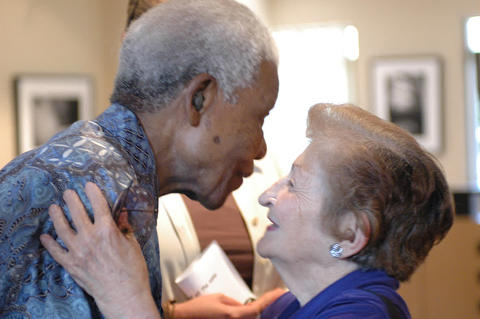 Photograph of Esther Barsel and the former South African President, Nelson Rolihlahla Mandela. She was a member of the South African Communist Party. In 1965 she was sentenced in the Bram Fischer Treason Trial to 3 years imprisonment at Barberton Prison, followed by house arrest for 5 years. This photograph was taken at the Memorial Service for Anthony Sampson on the 8th February 2005 at the Nelson Mandela Foundation, Houghton, Johannesburg.