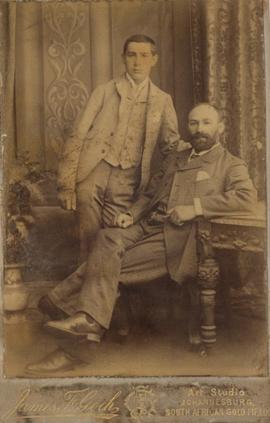 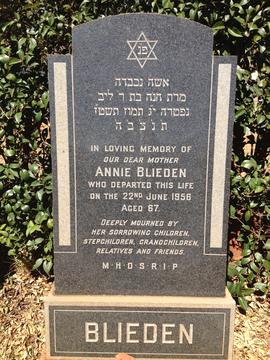 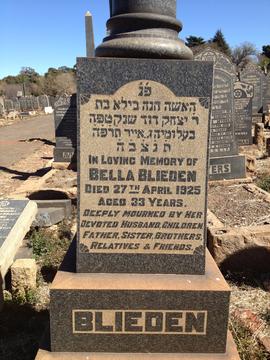 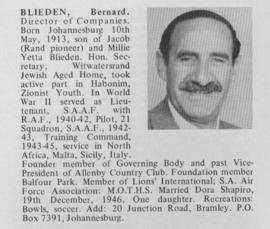 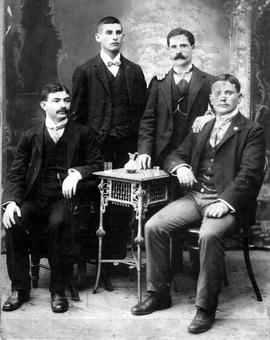 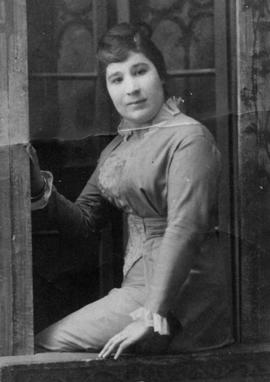 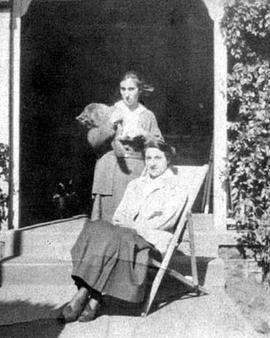 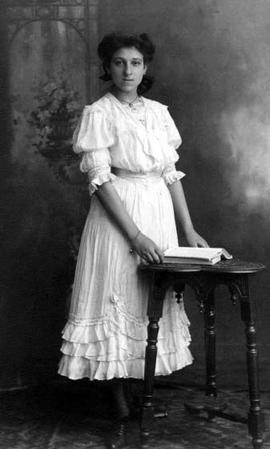 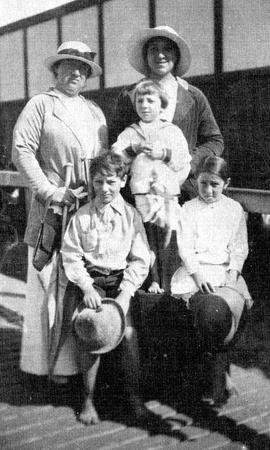 The Blieden Family Collection donated by Naomi Rapeport includes photographs and documents pertaining to generations of the Blieden family who originated from Žagarė (Zhager) Lithuania. Zundel and Nese Blieden had 9 children. Their son Julius (Yehuda) Blieden came to South Africa and several other of their children went to the USA.

Julius Blieden settled in the Transvaal Republic and was a produce and grain merchant in Randfontein. During the Anglo Boer War, he and his family went to the Cape Colony. After the War, he returned to the Transvaal and applied for compensation for losses incurred during the War. Three years later, he sustained a head injury in a cart accident and travelled for surgery to Berlin Germany where he succumbed. His eldest son Pesach Jacob Blieden was a Rand Pioneer. His other two sons, Max Blieden and John Blieden were successful farmers on the East Rand. Julius and Yocheved Blieden had twenty grandchildren. Most remained in South Africa, however numerous of their descendants emigrated from South Africa to Canada, USA, England, Israel and Australia.