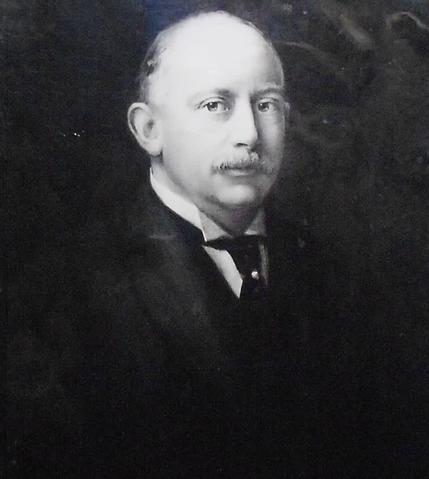 Photograph of Alfred Beit. Alfred Beit was an Anglo-German gold and diamond magnate in South Africa, and a major donor and profiteer of infrastructure development on the African continent. He also donated much money to university education and research in several countries, and was the "silent partner" who structured the capital flight from post-Boer War South Africa to Rhodesia, and the Rhodes Scholarship, named after his employee, Cecil Rhodes. Beit's assets were structured around the so-called Corner House Group, which through its holdings in various companies controlled 37 per cent of the gold produced at the Witwatersrand's goldfields in Johannesburg in 1913.