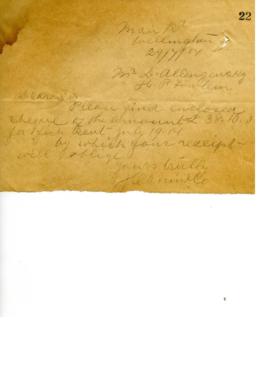 Part of The Allengensky Letters Collection 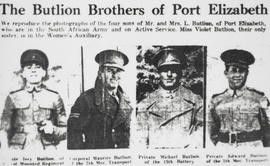 A newspaper article regarding Nelson Joseph Hefferman, P.O.W. Kampong Makassar in Ujung Pandang, Indonesia. It was titled 'Died in Jap P.O.W. Camp'. Hefferman served on the H.M.S. Encounter which was sunk in the Second Battle of the Java Sea on 1 March 1942 and he with most of her crew were rescued by a Japanese ship the next day. His parents were led to believe that their son had gone down with the ship. However a broadcast from Tokyo, Japan, announced that he was a POW in Japanese hands. His parents received no communication from their son throughout the whole period of his captivity. He was one of about a quarter of POWs who died in captivity before the end of the war in 1945. Nelson Joseph Hefferman (1923-1945), Service no. 68576, Rank Able Seaman, South African Naval Forces, Unit H.M.S. Encounter was the son of James and Annie Hefferman of Port Elizabeth, Cape. There is a commemoration in the Ambon War Cemetery, Indonesia. 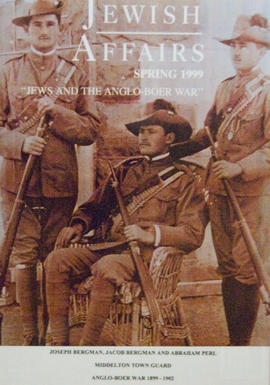 The front cover of the magazine 'Jewish Affairs', Spring 1999 edition entitled "Jews and the Anglo Boer War". The photograph is of the brothers Joseph Bergman and Jacob Bergman with their nephew, Abraham Perl. They served in the Middelton Town Guard, during the Anglo Boer War 1899-1902. Jacob Bergman (1876-1938) and Joseph Bergman (1876-1908) were the sons of Faive Shraga Gochin and Tsiporah Gochin (nee Goldfus) of Papilė, Šiauliai, Lithuania. Abraham Perl was the son of Sholem Perl and Sarah Frida Perl (nee Bergman/ Gochin), sister of the Bergman brothers, who originally came from Papilė, Šiauliai, Lithuania and lived in Port Elizabeth. The Perl's daughter Lena, married her maternal uncle Joseph Bergman.

An article entitled "My Son" which was published in the Zionist Record. "Letters of A Jewish Father to his Son" were published in 1928 and were written by "Ben Eliezer" - David Mierowsky to his son Bernard Mierowsky. 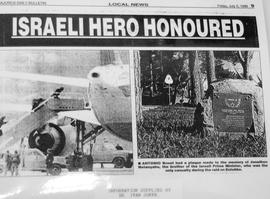 Newspaper article entitled "Israeli Hero Honoured" which was published in the Majorca Daily Bulletin, July 5th 1996. A memorial plaque was made in the memory of Jonathon Netanyahu, the older brother of the Israeli Prime Minister, who was the only casualty during the raid on Entebbe, Uganda, July 1976. 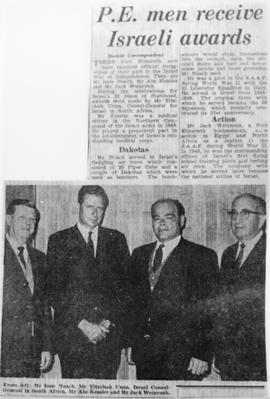 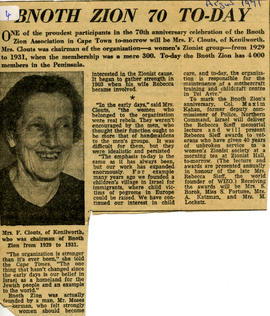 Feodora Clouts, “Article on Bnoth Zion from the Cape Argus”

A newspaper article from the Cape Argus in 1971 on Bnoth Zion Association’s Diamond Jubilee. 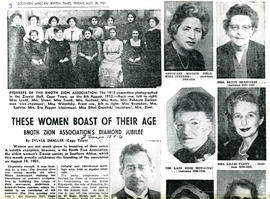 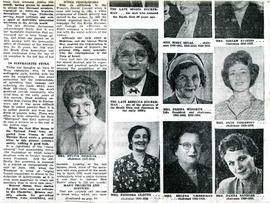