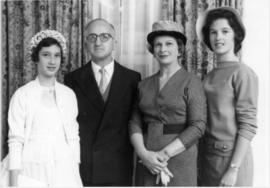 Consisting of a large number of family photographs, documents and various correspondence, the Abe Mirvish Photograph and Document Series depicts various aspects of Jewish life, such as religious ceremonies (bat mitzvahs) and weddings, as well as every-day life of the Mirvish family. Also included are images of Rabbi Moses Chaim Mirvish while studying, as well as attending the opening ceremony of the Beit Hamedrash in Vredehoek around the 1930s. A small bonus included is a hand-drawn map of a shtetl in Plungian, Russia.

The Abe Mirvish Video Series contains digitised footage. It was donated by Gillian Cress and contains videos of the Mirvish family around Cape Town. 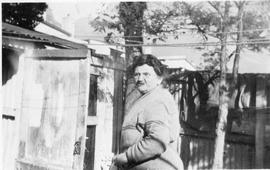 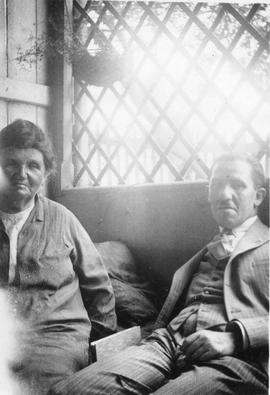 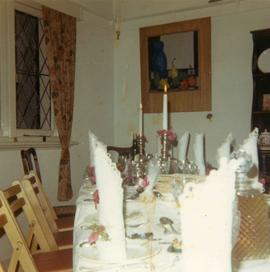 Photograph of the table setting for a family Pesach seder in April 1971. 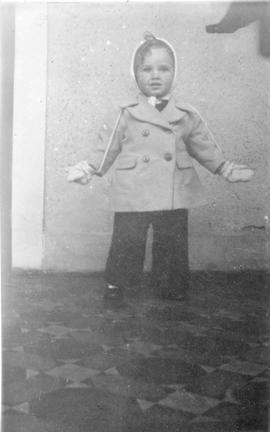 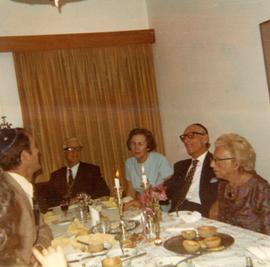 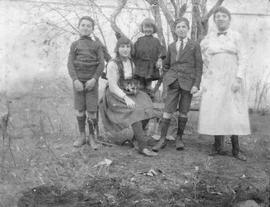 Photograph of a Jewish family outing with unknown children, posing outdoors. Taken in 1919.

Photograph of Mendel Mirvish, Naomi Aronson (nee Mirvish), and others, posing outdoors. Taken on a family outing in Cape Town in 1928.