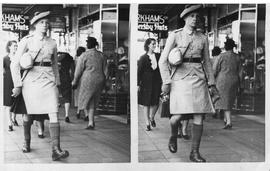 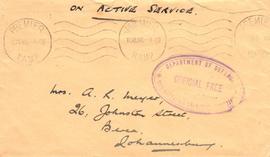 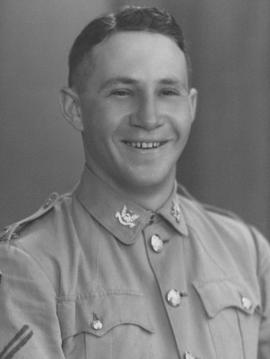 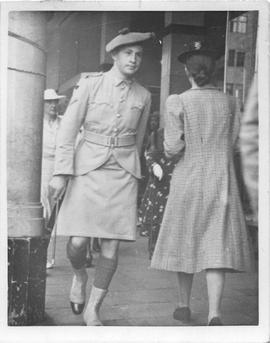 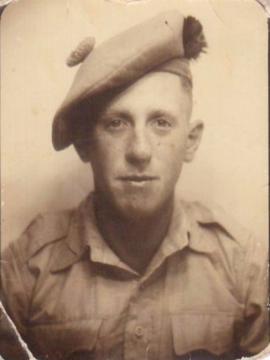 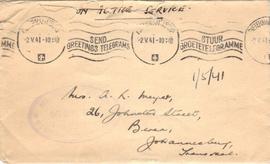 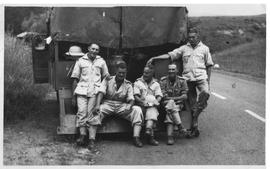 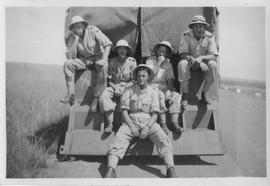 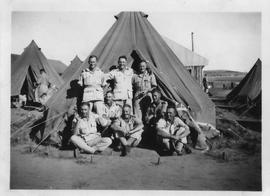 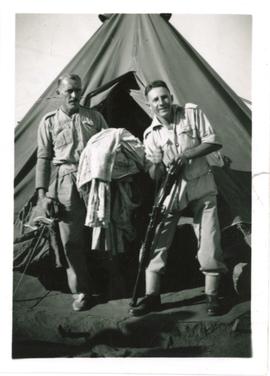 Julian Meyer (1918-1993), a law student at the University of the Witwatersrand, interrupted his studies to join the Union Defence Force at the beginning of the Second World War. He was assigned to the Transvaal Scottish Second Battalion. During the five years of the War he wrote numerous letters to his family in Johannesburg which were kept by his mother, Fanny Meyer.
The correspondence and photographs in this Collection cover the period from his enlistment until his return to South Africa after the War. They cover his training in South Africa, voyage to Egypt, time spent in Egypt and the Western Desert. They continue when he was an Italian Prisoner of War, a German POW and his release and repatriation to England. Due to censorship, he could not give precise details. However, he does allude to important events and happenings. The postal stamps on the addressed envelopes and postcards give an indication of his movements and status. A German prison warder at Stalag IV-A Arbeitskommando 1169 in Dresden, Germany took the photographs of the POWs which they then purchased from him.