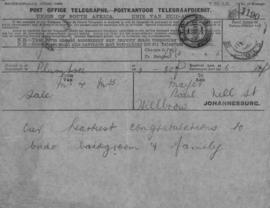 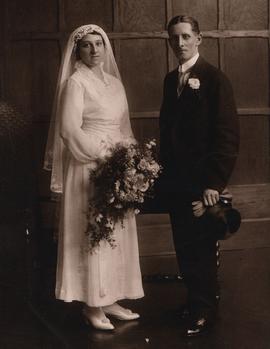 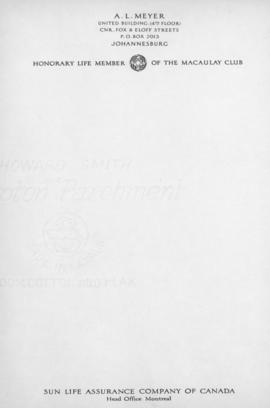 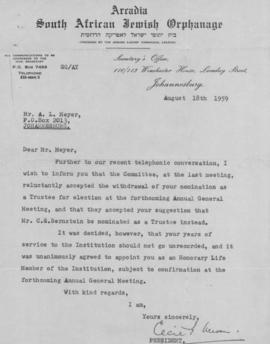 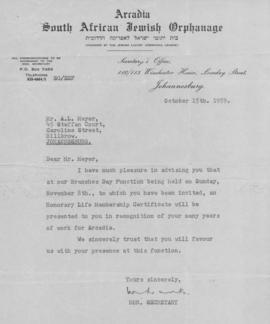 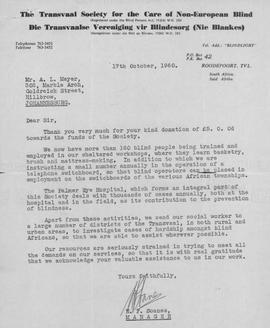 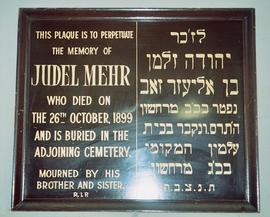 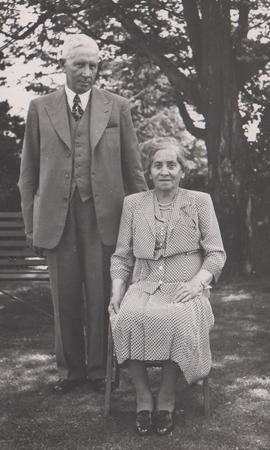 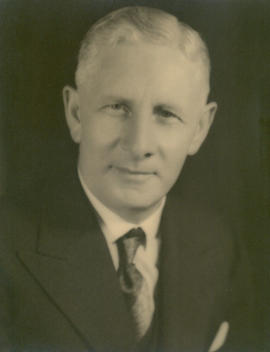 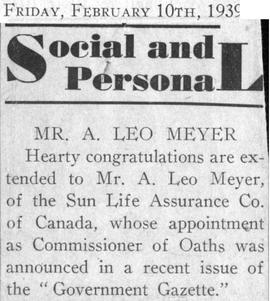 The Meyer Family Collection consists of a number of photographs and documents relating to the Meyer family. Leizer Welve Meyer and Roche Ziviah Meyer (nee Gardner) lived in Yanishok (Joniškis) Lithuania. Their four children were Judel Mehr, Sarah Zelda Beinashowitz (nee Meyer), Abraham Leopold (AL) Meyer and Isaac Meyer. Their son Judel, came to South Africa and when the family did not hear from him, they sent his younger brother AL to find him. AL arrived in Cape Town in December 1898 and settled in Pretoria.

At the outbreak of the Anglo Boer War, he travelled to Port Elizabeth where he registered as a war refugee. He met up with his older brother who was terminally ill with tuberculosis. During the War AL worked in small towns in the Eastern Cape and learnt to speak English. After the war he returned to the Transvaal. He brought his parents, his sister’s family and his younger brother out to South Africa. He established the business, Meyer Bros, a men and boys outfitters, with his younger brother Isaac.

He married Fanny Blieden in 1917 and they had three children. During the Great Depression, the business could not support two families. In 1931, aged 50, AL joined Sun Life Assurance Company of Canada and worked there for 30 years. He was involved in Jewish communal affairs being a founder of the United Hebrew Schools of Johannesburg, serving on the Executive Council of the South African Jewish Board of Deputies and was a trustee of Arcadia South African Jewish Orphanage.

His brother-in-law, Abraham Leib Beinashowitz, a wool merchant and clothing manufacturer in Johannesburg, was also involved in Jewish communal affairs, serving as Chairman of the Poswohl Hebrew Congregation, a Committee Member of the Jewish Burial and Helping Hand Society and the Jewish Aged Home.