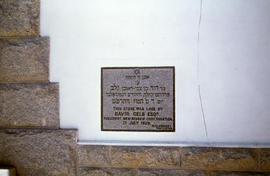 Photograph of the stone laid by the president of the New Hebrew Congregation, David Gelb on the 17th of July 1929.

Photograph of a Cape Times newpaper article titled "Namaqualand Deputation to Minister of Mines" which features a snapshot a group of formally-dressed men including 'Oom' Bertus Roux (bottom right), lawyer, Israel Gordon (front middle), and his partner, Jan Scholtz (third from right at the top), successful businessman, Joe Jowell (centre of the middle row), MPC and lawyer, Daantjie Scholtz (middle row, second from right), and ex MP, Jan Studer (second from right at the top).". The tagline below the image reads: "The deputation from Namaqualand who met the Minister of Mines, mr J. H. Hofmeyr, yesterday in connection with the re-opening of the copper mines." 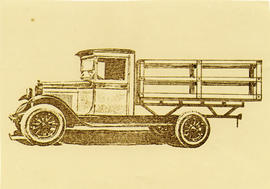 Diagram of one of the trucks used for Joe Jowell's transportation company in Namaqualand. 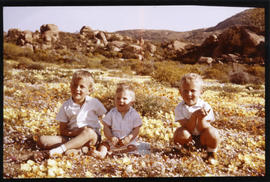 Photograph of Neil and Bertha Jowell's young sons, David, Michael, and Paul, sitting in a field of flowers. 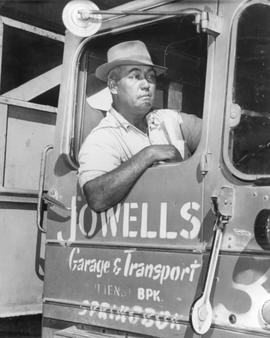 Photograph of Frikkie Oppel, one of the drivers employed by Joe Jowell's transportation company, sitting behind the wheel of a company truck. 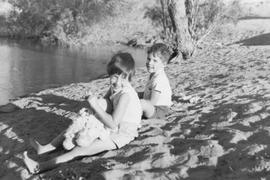 Photograph of Sharon (left) and Mark (right), children of Cecil and Phyllis Jowell, sitting on the bank of a river in Vioolsdrift when it was in flood. 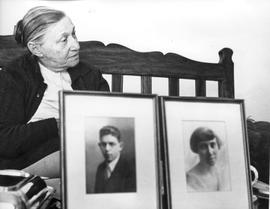 Photograph of an older Rebecca (Bessie) Jowell sitting on a bench. In the foreground are framed portraits of her (on the right) and her husband, Joe (on the left), in their youth. 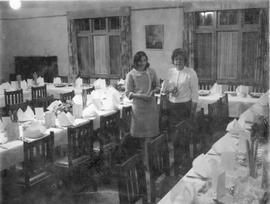 Photograph of Phyllis Jowell (left) and Joyce Udwin (right) standing together at a Masonic Lodge dinner held to celebrate the installation of Phyllis' husband, Cecil, as Master.

Photograph of a page in a credit book belonging to a smous (Abraham Jowell). 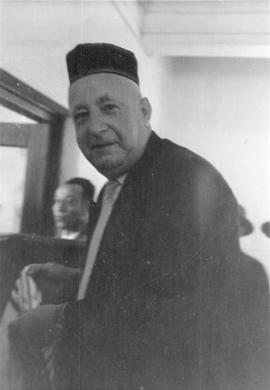 Photograph of a formally-dressed Jack (Jackie) Sovinsky on "Mayoral Sunday".