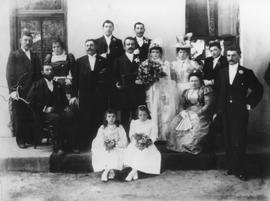 Photograph of the wedding of Isaac and Sheina Jowell (same image as the one in the Honikman folder - Honikman_155). Identifiable here are Herman and Dora Jowell (back left). In the front, the flower girl on the left is Gertie Bloch, daughter of Mannes Bloch and his wife (both of whom are also somewhere in this image). 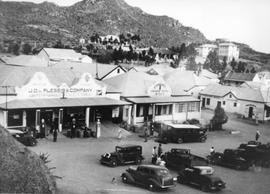 Photograph of several cars parked outside of the J.D. Du Plessis & Company garage in the village centre. 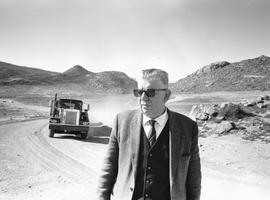 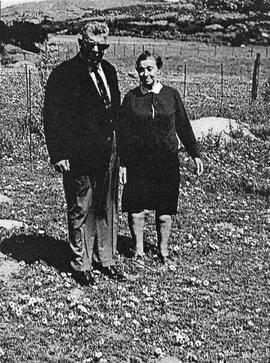 Photograph of middle-aged Joe and Bessie Jowell stadning amongst the flowers in Namaqualand. 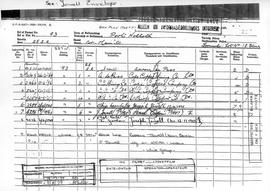 Document showing the official record of ownership of a Port Nolloth property. This property was originally bought in 1855 by Aaron and Ester de Pass, the first Jews to come to Namaqualand; it was then owned by the Cape Copper Mining Company for several years until it was purchased in 1949 by it's last owners, Joseph and Rebecca Jowell, who just so happened to be the last two Jews to be buried in Namaqualand. The record of ownership of this property encapsulates both the begnning and end of the Jewish presence in Namaqualand. 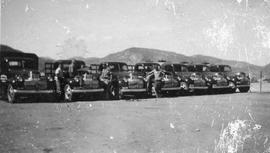 Photograph of four uniformed drivers (employed by Joe Jowell?) standing next to their trucks. 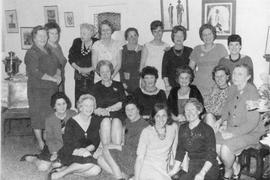 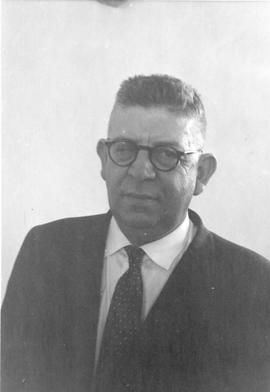 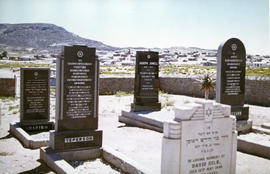 Photograph of the Jewish cemetery in O'okiep. Visible here is the gravestone of the Namaqualand Jewish pioneer and buisnessman, Joe Jowell. 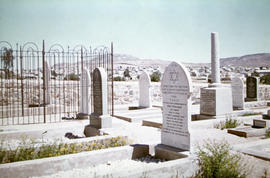 Photograph of the Jewish cemetery in O'okiep.