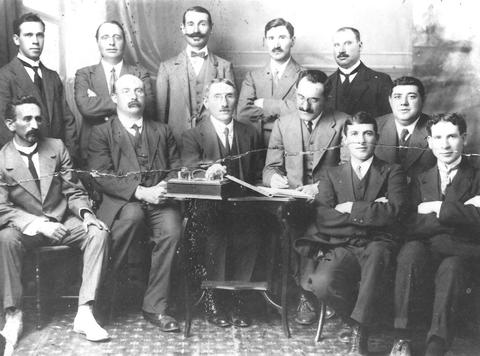 Photograph taken at an Early Oudtshoorn School, which was the first Hebrew/English school to go up to Standard Five. In this photograph are Mr Agranat, the school inspector; Mr Klein the school principal; and Dr Levin, the president of committee; 2nd from the right is Mr Mierowsky, who later was involved in the Jewish Board of Education in South Africa. Taken in the 1920s.