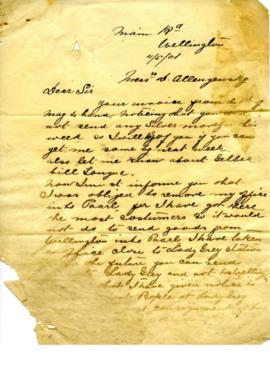 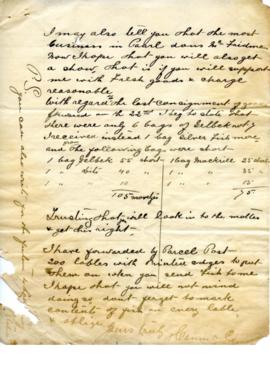 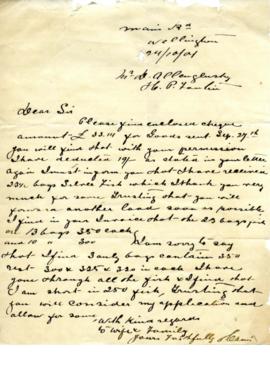 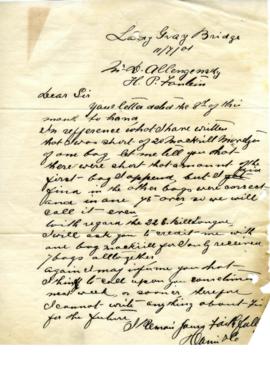 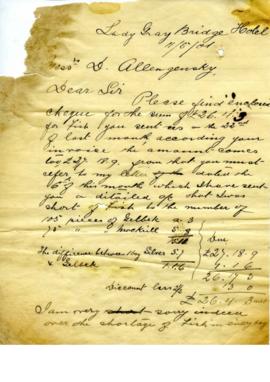 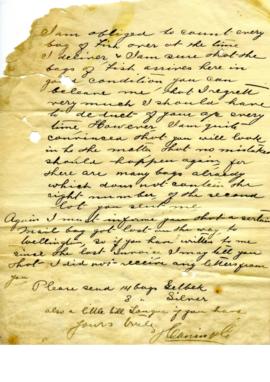 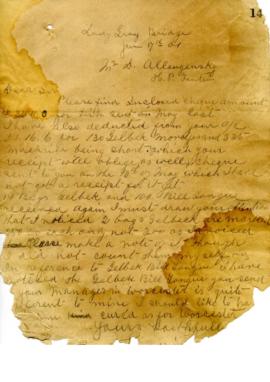 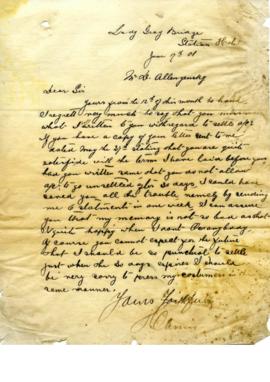 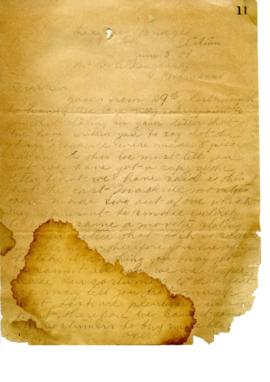 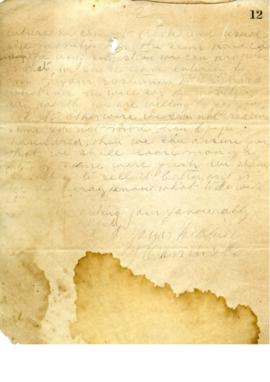 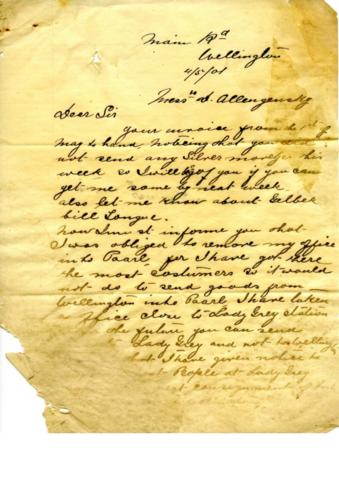 Mr David Allengensky’s letterhead reads, “D. Allengensky, General Dealer. Hermanuspetrusfontein. Wholesale and Retail, Worcester. Butcher. Private Carts. &c., &c. Proprietor of the Royal Hotel.” The letterhead also includes a printed etching of the Royal Hotel and a large heading which says, “Hermanuspetrusfontein”.
Mr Allengensky’s letters to the military commandant in Caledon suggests his travelling between Hermanus and Cape Town required special military dispensation. This was because his business was running concurrently with the Anglo-Boer War. In one letter, Mr Allengensky writes, “I will hold myself responsible that nothing takes place there contrary to the martial law regulations.”

The letterheads in this collection, which are more clearly legible than the letters themselves, reveal an interesting narrative of trade and communication between Hermanus and Cape Town, as well as Leeds, England. Some of the businesses are wholesalers like Mr Allengensky. Mr Allengensky dealt predominantly with fish and butchery. Mr Allengensky also had dealings with Alex Cameron & Co., sailmakers, from the corner of St George’s and Waterkant Streets. A letter like this suggests Mr Allengensky owned a boat and did his own fishing.

There is also a letter from Cape Times Limited, confirming the pricing of advertisement.

Receipts are also included in the collection. Cape Town Government Railways provided the receipts for transportation of goods from Cape Town to Hermanus.

Mr Allengensky was a goods dealer during the Anglo-Boer War, and required special military dispensation to travel through areas which were under martial law. The letters, each with a uniquely printed letterhead, tell a story of business ventures with dealings at the turn of the century going as steadily as technology and politics would allow.

Whenever possible research has been conducted to enrich collections. If you have anything to add please contact us.