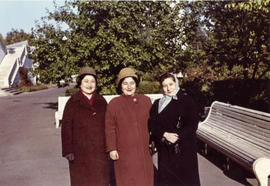 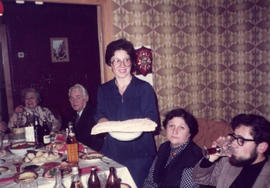 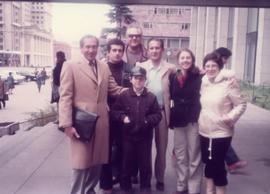 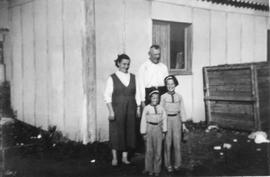 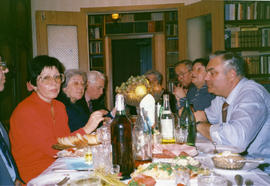 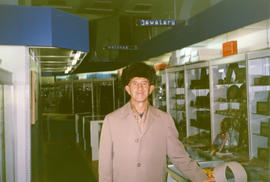 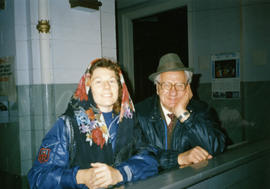 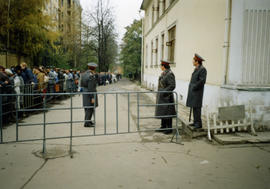 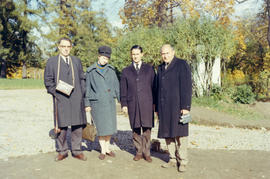 The Jaffee Family Collection primarily consists of images and videos which tell the story of both the Jaffee family, originating with Harry and Bessie and their extended families (Pinn and Bloom) and the family company Premier Milling started by Joffe Marks (uncle to Harry Jaffee) in 1913 some decades after Joffe Marks arrived in South Africa from Plunyan, Lithuania. The company was to grow into the largest milling company in the country. Most of Joffe Marks’s family (Harry his nephew, great-nephews Laurie and Gerald, Harry’s sister Clara’s sons Norman and Joseph Bloom) were employed there during its growth. Most of the family lived in Johannesburg except Gerald, who went to live in Cape Town in the mid 1940’s.

The archive contains images of Joffe Marks and his life and engagement with the family in early Johannesburg. It also includes the rediscovery of his Russian relatives after the war. The full story
of Joffe Marks and his family is written in a book by Georgina
Jaffee entitled Joffe Marks: A Family Memoir, published in 2001.
There is a video of the book launch that took place at Premier
Milling offices in Johannesburg, 2001.

There are beautiful images of Harry and Bessie (née Pinn from
Cape Town) and their early life together, including wedding photos
and images of their homes, first in Yeoville, and then their second
home in Houghton, Johannesburg. There are images of family
outings to Joffe Marks’ farm in Sunninghill some 30 km north of
Johannesburg where Sunday lunches were often reminisced about
as great memorable family events.

There are very special images of Bessie Jaffee as a young women
and images of her with her Cape Town family and siblings. Bessie
Jaffee made a major contribution to Jewish institutions including
the Benevolent Society and the Jewish orphanage.

The archive includes most importantly many images of the Premier
Milling mills in Newtown and Fordsburg. The family company was
first run by Joffe Marks (1914-1941) and then his descendants:
nephew Harry Jaffee (1946-1960), and great-nephew Joseph
Bloom (1963-1979). Tony Bloom, Joseph’s son, was the last family
managing director (1979-1988). During Tony Bloom’s directorship,
the company was bought out by Associated British Foods and in
the late 90s, it was bought by General Food Industries.

[Written by Georgina Jaffee, donor of the material and an invaluable resource to the Jewish Digital Archive Project (JDAP) for her contributions towards the building of the Jaffee Family collection.]