Series - The Jews for Justice Photograph and Document Series 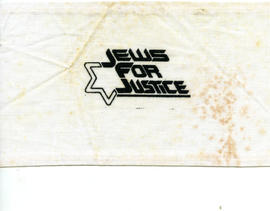 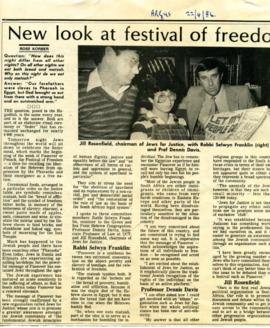 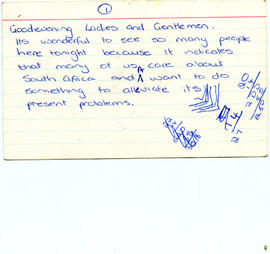 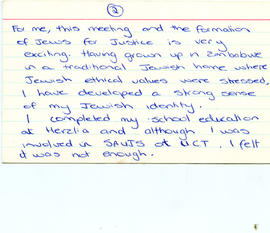 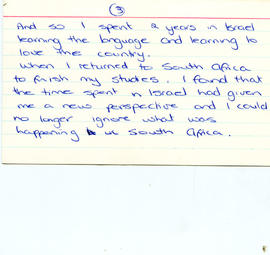 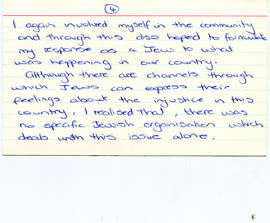 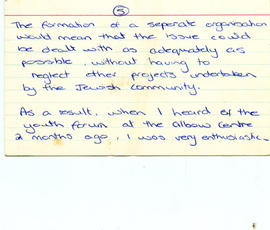 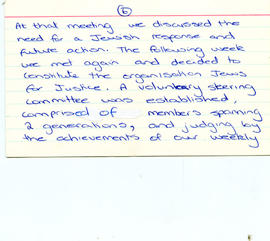 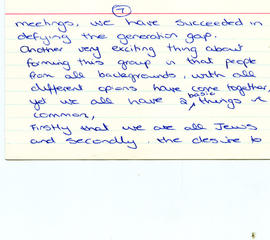 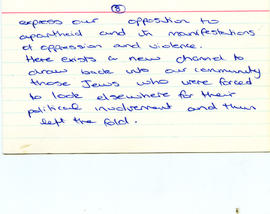 The Jews for Justice Photograph and Document Series

This Series gathers materials from the anti-Apartheid group Jews for Justice, which was active from 1985-86. The group was predominantly based in Cape Town. Among the themes for the group were the Jewish principles of justice, equality and human dignity. The chairperson of the group was Jill Rosenfield.

The Series features items including a Cape Argus newspaper article by Rose Korber gives a clear understanding of how Jews for Justice worked to compare the unbearable atrocities of Apartheid to the Jewish search for freedom in the traditional Jewish Pesach festival. Similarly, a poster invitation to the Let My People Go Pesach forum meeting includes a cartoon which clearly compares apartheid police brutality to the Jewish slavery in Egypt told during Pesach. The forum meeting at Albow Centre had prominent speakers Dr Allen Boesak and Mr John Simon.

Donated by Jill Rosenfield and includes her speech notes from several forum meetings. Her speech at Cape Jewish Board of Deputies Conference speaks out against oppression and exploitation in South Africa. She highlights her solidarity with democratic organisations like the UDF and ECC, fellow Cape Town groups which were banned during the State of Emergency. Young Jewish men were being conscripted to serve in the South African Defence Force. The Black education system was in disarray, training them to be subservient. The Jewish response to South Africa 1986 was to be more vocal and more active in aiding those who had suffered most.